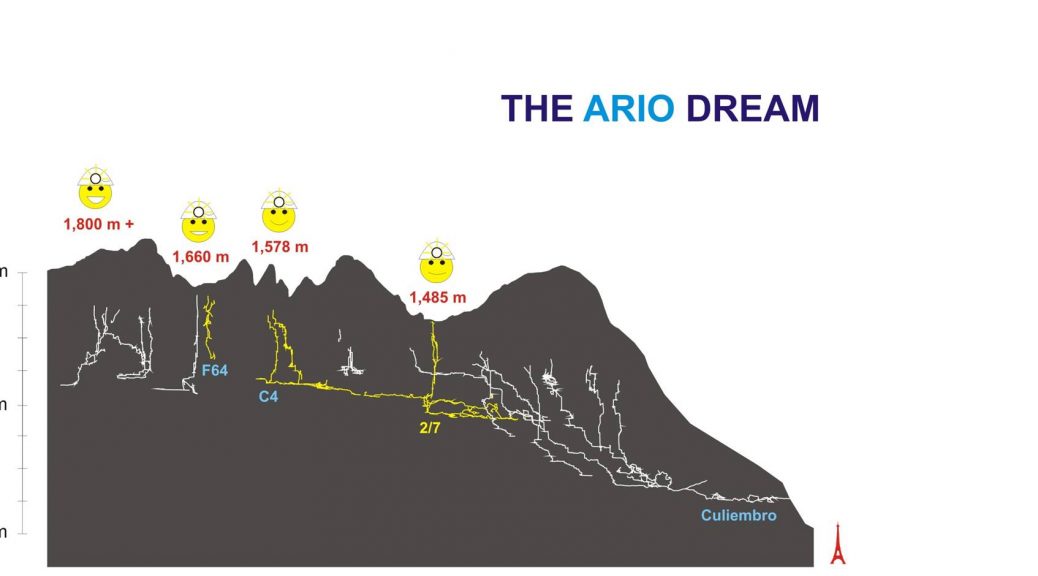 In a sentence to find and document the worlds deepest caving through trip.

To abseil into the mountains at the top and to re-emerge back into daylight at the bottom of the Cares Gorge, nearly 2,000m below. 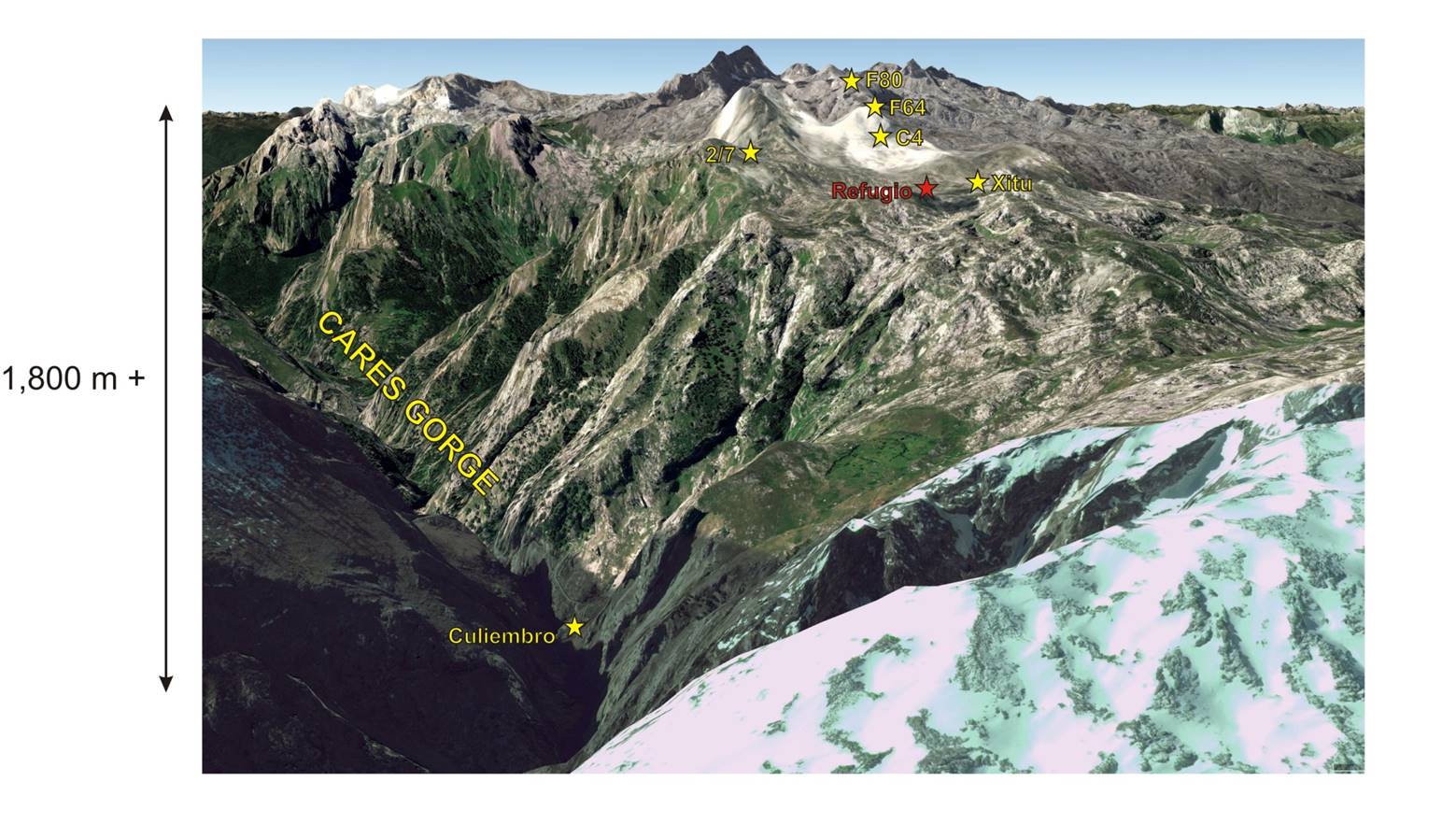 We know in theory that such a master cave system exists but we have not found it all yet. The scientific justification for this super deep system comes from the culmination of many years of exploration, documented caves along the length of the mountain, surveying, geological studies, shaft bashing, careful GPS documentation and most crucially dye trace testing. If one where to put to dye into the caves at the top of the mountain it would be picked up again in Cave Culiembro in the bottom of the Cares Gorge.

Oxford University Caving Club (OUCC) has been exploring the caves of the Ario bowl in the Picos de Europa in Northern Spain since 1979. Xitu was the first cave to be discovered in this region (area 5 in OUCC notation; hence, Xitu is 1/5). Over three years, it was pushed to a terminal sump at a final depth of -1135 m, the deepest cave in the world explored by a British team at that time and the first to go over one kilometre deep. OUCC has been one of the main driving forces behind the exploration of the caves in the Western Massif of the Picos de Europa, and the successful link between Xitu and Culiembro (first made in 2010 by members of the Cave Diving Group) was a significant step forward in their knowledge of the area.
See Oxford University Caving Club (OUCC)

The Ario Caves Project is therefore a continuation of 50 years of Oxford University Cave Club’s exploration in the Massif Occidental of the Picos de Europa. The primary aim is to facilitate and further the exploration of caves associated with the Vega de Ario and the hydrology of Cueva Culiembro. The ultimately goal is to find and document a super deep system in excess of 1,800 m. This would be the deepest in Europe, at least the top 5 deepest caves of the world and most certainly the deepest through trip in the world, where a caver old actually exit the bottom. 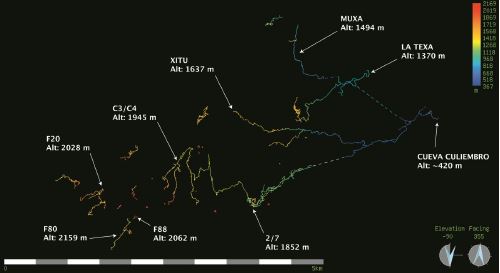 This work has uncovered many systems which, in their own right, range in depth from several hundred metres to > 1,000 m (namely C3-C4, 2/7, Xitu and Culiembro). Connecting these up is now a very real possibility, with the Verdelluenga system heading upstream into ‘blank space’ and the downstream end connected to upstream 2/7 in 2017. Downstream 2/7 currently ends at an enormous boulder choke – Choke Egbert – beyond which the main streamway appears from survey data to drop rapidly in depth over a short distance to the furthest explored point in Cueva Culiembro.